I am Spencer Stern

Independent Author of Your Social World Explained (YSWE) and Analyst by profession. 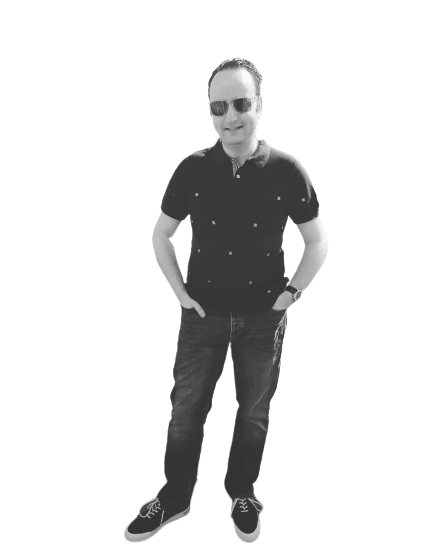 Spencer Stern was born in Whitechapel, London, and grew up in East London, England. In 2003 he graduated from London Metropolitan University with a degree in Multimedia Technology & Applications. He later discovered his personality type and then stumbled upon the niche field of Socionics.

For over a decade he independently researched Socionics in a dedicated manner. In 2007, his first book, “Socionics Demystified” gained much praise and controversy from the global Socionics community. After receiving feedback over the years he continued to further research and develop the original work.

In 2014, he published his first Kindle eBook, “Your Social World Explained” which included previously unreleased content from his independent study of Socionics. He believes that his insights will provide a useful service to people who are trying to understand themselves, the world and their relationships.

Random "About Me" Fact

As a representative LII-INTj personality type I inadvertently over-excelled back in University (over 15 years ago) with a First Class final dissertation for my Bachelor of Science Degree where I had wrote double the required number of words. I later got offered around £10,000 for my impeccable research and a guaranteed job offer. My biggest regret was of course declining the cash and job offer out of some sheer naivete at the “tender” age of 21.

Available in Paperback, E-book and Audio-book

Your Social World Explained shows you how to better understand yourself and your role in society. It gets to the root cause of your challenges as a 'personality type' amongst many and suggest ways to overcome them.

Check out the audio preview opposite...

Is Socionics better than the MBTI?

Socionics theorem, available since the 1970s, currently represents one of the least known albeit newest interpretations of Carl Jung’s original Psychological Types. Created primarily by Aushra Augusta, a Lithuanian Psychologist and ‘ILE’ type according to the Socionics model of the psyche. A relatively new and modern theorem with re-worked theories and ideas from Carl Jung, Sigmund Freud and Antoni Kepinski.

The MBTI®, available since the 1940s, currently represents one of the most widely used and accepted interpretations of Carl Jung’s original Psychological Types, first written in the 1920s. Created primarily by Isabel Briggs, an American psychotheorist and ‘INFP’ type according to the Myers-Briggs Temperament Instrument®. Based almost entirely off Carl Jung's theories with the inclusion of a 'four types of person' model derived from centuries old observations.

In Socionics, the sixteen base types are identified as secondary reference points for understanding relationships. Generally places an emphasis on an individual type as relative to other types to varying degrees. Minimal potential for The Forer Effect when describing individual as types.

In the MBTI®, the sixteen absolute types are identified as primary reference points for understanding individuals. Generally places an emphasis on an individual type as absolute with specific 'pros and cons'. Maximal potential for The Forer Effect when describing individuals as types.

In Socionics, relationships between four out of sixteen types appear unequal and asymmetrical. It is generally ‘easier’ to understand relationships because inter-type interactions are the 'reference point'. Integrates an information metabolism (IM) theory to describe effects of social interaction. Integrates an idea of clubs also known as 'occupational mindsets' that links four types with common interests together. Integrates a recent ‘small group dynamics’ quadra model that focuses on the effects of specific individuals interacting together. Integrates a new temperaments model linking four types who share similar dispositions.

In the MBTI®, relationships between all sixteen types appear equal and symmetrical. It is generally ‘harder’ to understand relationships because the individual types themselves are the 'reference point'. No such IM theory describing effects of social interactions. No such idea of clubs described. No such 'small group dynamics' quadra model described. Integrates an ancient temperaments model that links four types with similar purposes.

The MBTI® can help facilitate growth through detailing your supposed 'pros & cons' for your type. The MBTI® doesn't usually discuss Jungian functions and has no standard model of the psyche.

Socionics operates (largely) as an open-source and decentralized area of study driven by a growing community around the world. An enthusiast, a so-called Socionist would reasonably require a passion to understand and discuss their conclusions. FREE as in 'freedom of speech' although not necessarily free as in 'free beer'. Flexible and on-going debates generally revising new ideas.

The MBTI® is a (somewhat) closed-source and centralized discipline developed in-line with a few so-called MBTI® Trusts around the world. An official practitioner of the MBTI® would ideally require a certification from an approved institution that offers it. COMMERCIALISED as in costing money, prone to piracy and misuse by non-practitioners. Rigid and stagnant debates generally revising old ideas.

Socionics Types are superficially approximate to the MBTI® types. A complete functional analysis that goes beyond the surface of each type will uncover the Jungian building blocks of each revealing the exact differences.

Why should I study Socionics?

- To gain an awareness of different ways of thinking and resulting lifestyles.
- To increase your level of tolerance towards others with inter-type relations theory.
- To help resolve your relationship issues lowering your need for external assistance.
- To guide your 'good-for-me' relationships and avoid the 'bad-for-me' ones.
- It’s free, as in 'freedom of speech', to learn, discuss and apply from growing resources around the Web.

Why should I study the MBTI®?

- To gain an awareness of general differences in personality theory such as introvert and extrovert, sensing and intuition, thinking and feeling etc.
- To increase your appreciation of another type's 'pros and cons' relative to yourself.
- To keep things relatively simple in appreciating differences without going too deep.
- To indulge yourself with personality descriptions, career suggestions and other dogmatic advice for your type.
- It's free, as in plagiarism of information reverse-engineered from official practitioners past, present and future.

Socionics versus the MBTI® – at a glance:

- If you want a comprehensive and modern look at how types work and relate with other types consciously and unconsciously then take a look at Socionics.
- If you want a simple, traditional and “pop psychology” way of appreciating differences in personality theory then stick with the MBTI®.

In short, Socionics is better except remains a niche field of study compared to the Pop Psychology and Branded status of the MBTI®. 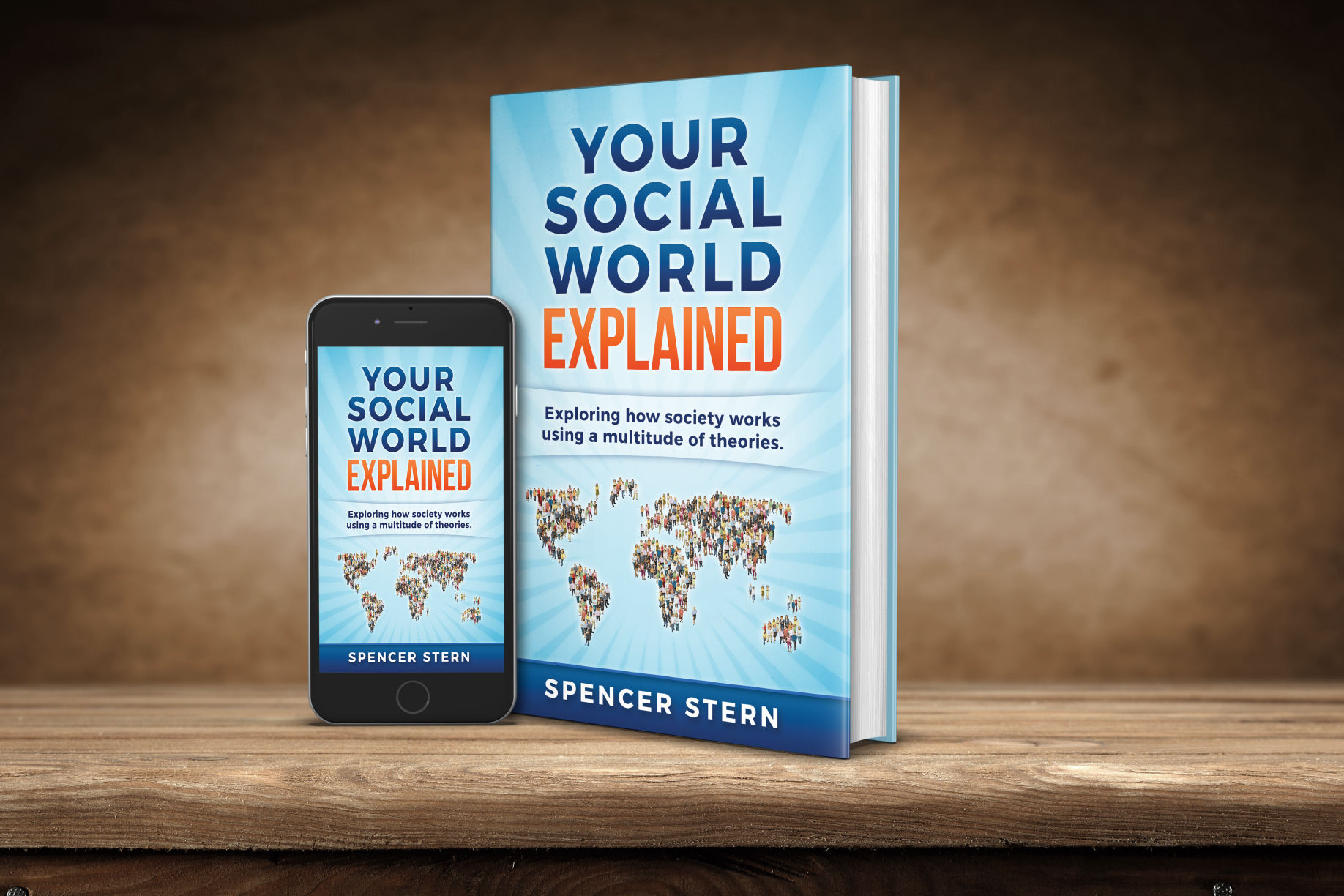 Buy a digital or paperback copy of Your Social World Explained today!

"Today the network of relationships linking the human race to itself and to the rest of the biosphere is so complex that all aspects affect all others to an extraordinary degree. Someone should be studying the whole system, however crudely that has to be done, because no gluing together of partial studies of a complex non-linear system can give a good idea of the behaviour of the whole." – Murray Gell-Mann (1997)

This is powerful information for anyone looking to develop their self-awareness and their ability to communicate effectively in personal and intimate relationships. ‘Your Social World Explained’ is by far the best English language introduction to this significant subject that I have come across. Highly recommended. – M. Lund


Learning about how society works and how we actually interact with other people based on our unique points of view and experiences, is really motivating and extremely interesting for me. This is what I consider real self-help and self-improvement. This book gets quite technical in some parts so sometimes it’s not the easiest thing to read, but it’s definitely worth it. Highly recommended! – Chris
Spencer Stern has written a fascinating study of Socionics and explains it all in very easy to understand layman’s terms. Stern combines Psychology, Sociology, and Socionics and shows how to gain better control of your life and solve your own personal problems by learning how to mesh with people regardless of their psychological type. Mr. Stern is an emerging leader in the field of Socionics and this is a very important work. – Kevin Lintner

Send a message to Spencer...